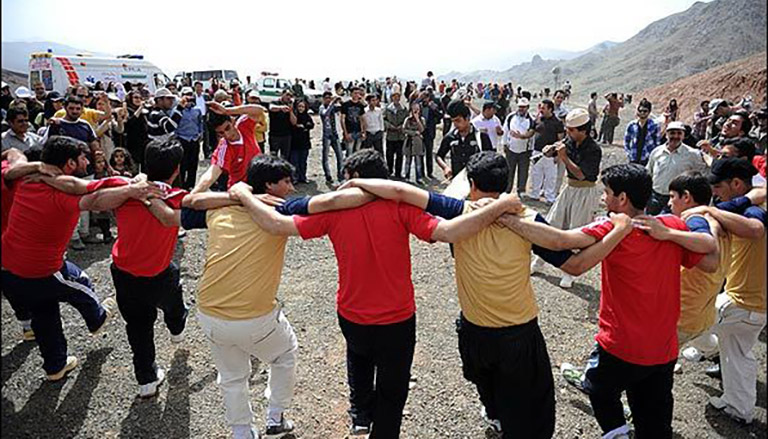 This game is played as following. First, players stand in a circle. One player is chosen as leader. Leader stands in center of the circle and chooses one player. The player gives a piggyback ride to leader. Then, leader covers eyes of player with one hand and tap on him/her gently with another hand, while asking some certain questions continuously. If the player answers correctly, he/she became leader. If he/she answers wrongly, another player should give piggyback ride to leader. Then, this continues until leader is changed.