Mashhad souvenirs are both edible and non-edible. In addition to edible souvenirs, city’s handicrafts are also exquisite and precious souvenirs. Variety of souvenirs in Mashhad is huge. 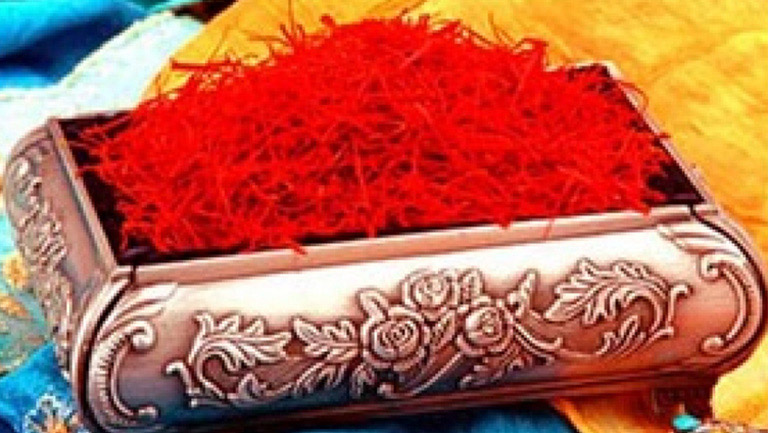 Saffron is known as the most precious souvenirs of Mashhad. From past, saffron have been considered as an important agricultural and export goods of Iran. Saffron is in fact a flower with purple petals and red-colored stigmas, which actually its dried stigmas are used as saffron. It is very fragrant and flavored. We color food and sweet with saffron. 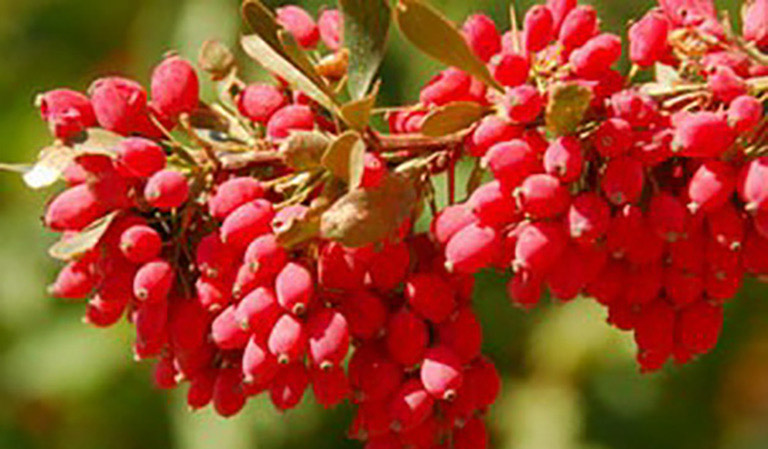 Barberry is cultivated in city of Qaen, village of Kalateh-ye Bala and other villages. Barberry has many health benefits. In addition, it is one of the most commonly used products of Iranians, especially at parties. 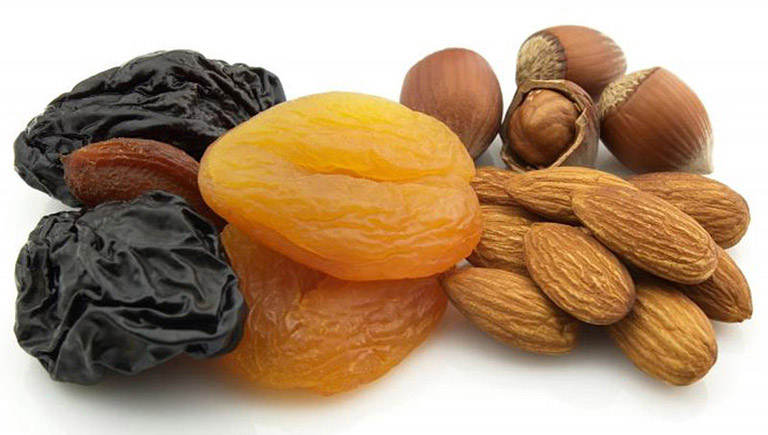 One of the most popular souvenirs in Mashhad is Adviyeh Haft Ghalam. This spice with a strange appearance is mostly used in Abgoosht, Khoresht (stew) and other Iranian foods. Adviyeh Haft Ghalam is a mixture of cinnamon, sumac, Golpar (Persian hogweed), ginger, black pepper, red pepper and turmeric.

Nabat (rock candy) is a popular confection among Iranians and it is used to sweeten tea and other drinks. Nabat is a beautiful crystal which is obtained from water and sugar crystallization. Nabat is supplied in variety of types in market such as saffron, cinnamon, cumin, lemon, Golmahammadi (damask rose), mint and thyme.
Noghl is a type of sweet that is made of sugar syrup and fragrant ingredients such as cardamom, coriander seed or almond slice. Noghl is supplied in many flavors such as walnut, cocoa, coconut, cardamom, rose water and saffron.

In city of Mashhad, colored jelly beans are supplied which are named Jili Bili and it is actually a special jelly candy in various colors. 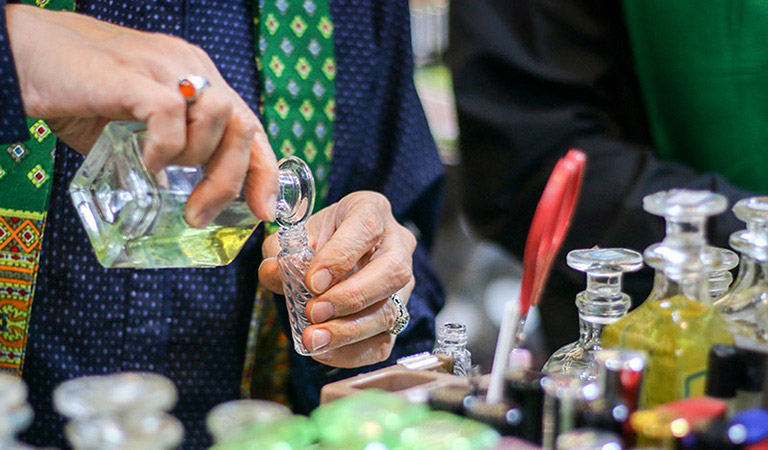 One of the souvenirs of Mashhad is perfume. Mashhad’s perfumes are sold in variety of scents such as tuberose, daffodil, orange blossom, saffron, white jasmine. 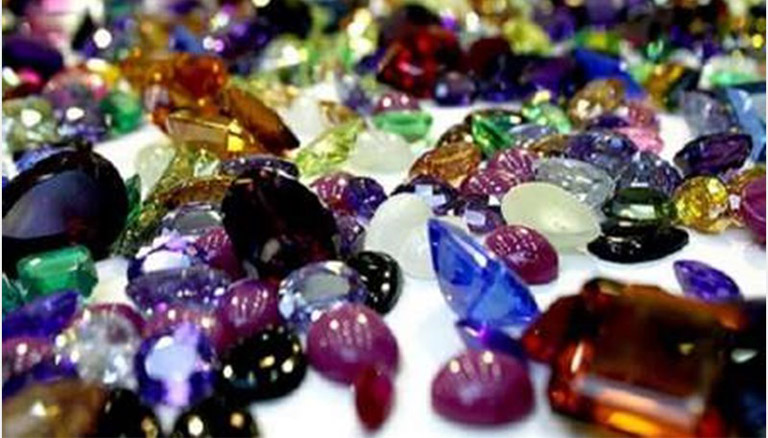 Jewelry which is made of agate and turquoise gemstones is one of the most popular souvenirs of Mashhad. Neyshabur (a city which is located at 110 kilometers west of Mashhad) which is known as city of turquoise, provides a lot of turquoises for Mashhad. 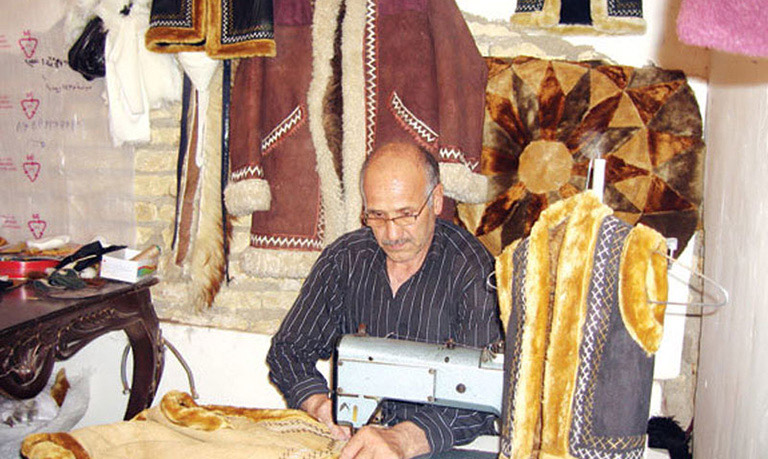 Fur cloth is a kind of cloth which all or a large part of it, made directly from skin of furry animals. This souvenir of Mashhad is one of Mashhad’s old handicrafts. 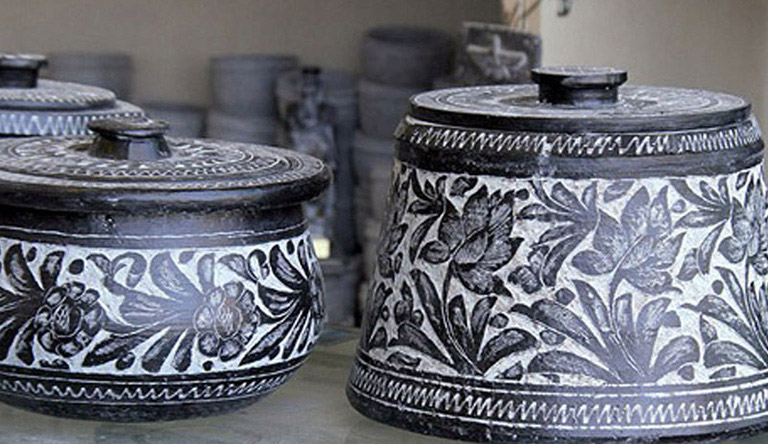 Ston pots and containers in Mashhad are known as “Hara Kareh” in public terms which have been considered as the most important souvenirs of Mashhad for many years. 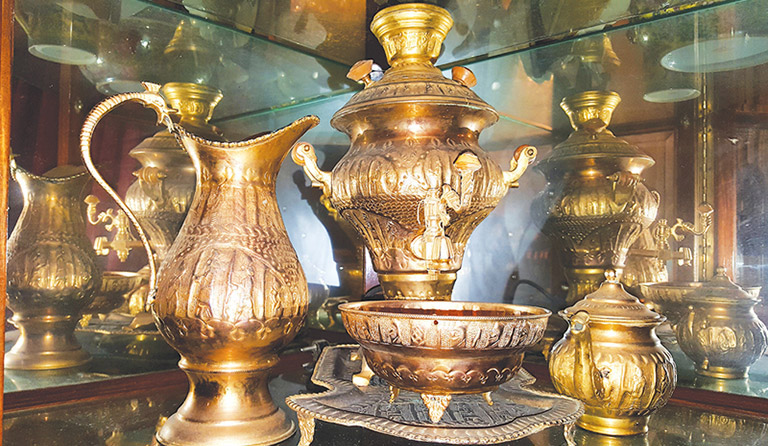 Samovar is a Russian word which means a metal container used to prepare tea. Samovar making has long been common in Mashhad. 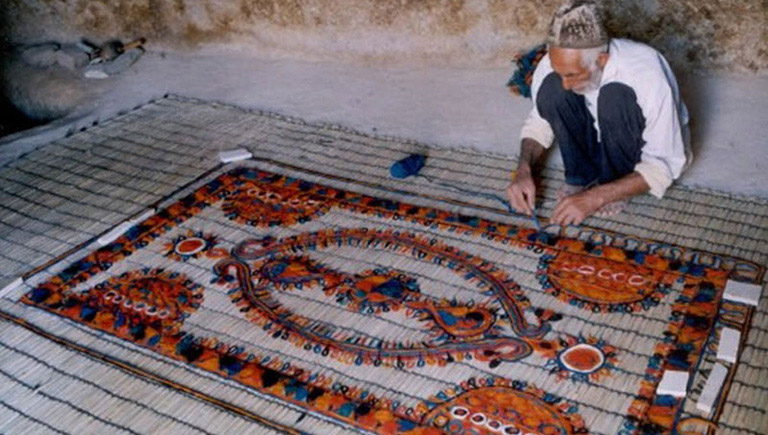 One of Mashhad’s exquisite and beautiful handicrafts which people give to their friends as gift, is exquisite silver panels that are made and supplied in different sizes.