Zahak castle | East Azerbaijan province has many tourist attractions. One of these tourist attractions is Zahak castle which is located in south of Hashtrud (one of cities of east Azerbaijan). It dates back to Median period. Historical documents show that this castle was used mostly for military purposes. Due to the fact that the castle is located in a mountainous region and a harsh route, it kept the castle safe from enemy’s attacks. 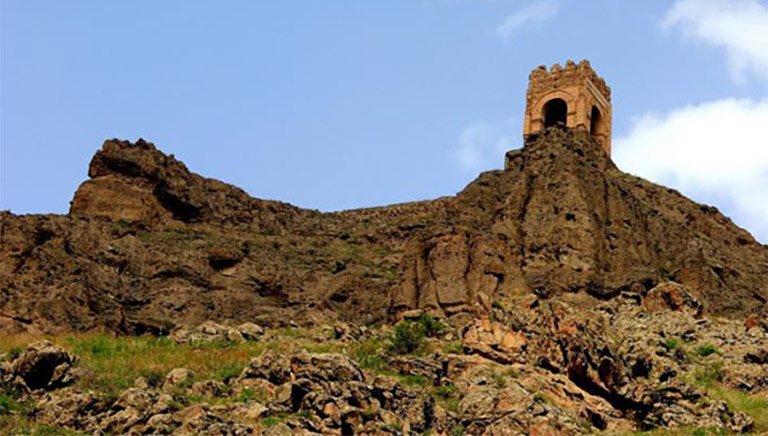 Height of Zahak Castle is 2,300 meters. Length of the castle is 10 km and its width is approximately 2 kilometers. Remains of castle include stone tanks, cisterns, meeting halls, baths, and mills. There is a Chahartaq (a roof or a dome in Iranian traditional architecture, which is based on four bases) in this castle, which is partly destroyed during time. This Chahartaq was actually a watchtower. Archeological excavations revealed a large hall with numerous corridors in Zahak castle. Also, various patterns and designs were discovered on walls. Some of these patterns are as geometric shapes, flowers and animals.

Materials used in making Chahartaq were brick and plaster. It is interesting to note that some of castle’s rooms have been excavated on the ground, which have cistern. There is also a spring near this castle.